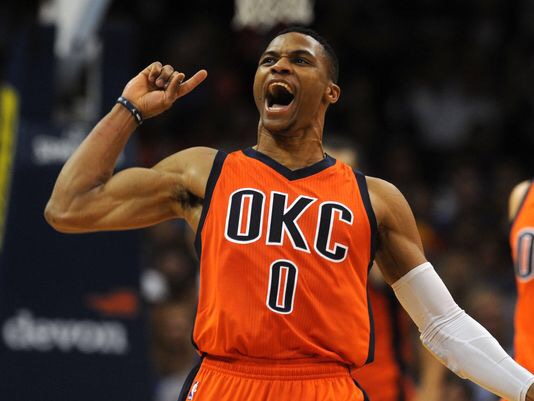 In the final award preview post, we’re going to take a look at the the MVP race. I have a somewhat controversial list, as Steph Curry is not on it. After winning it the past two years, unanimously last season, I think there’s 0% chance the voters give it to him again. Adding Durant will pull votes from him anyway, and I just don’t see any way that Steph gets it.

That being said, there are definitely some familiar names on here, all for different reasons. Let’s check it out.

You have to put the best player in the league on the list. Period. Lebron may have been coasting a bit last year, but that may not be the case this season. He was angry that Steph won it last season, and it showed in the Finals. If Lebron feels like making the point definitive, he could play in 72 games, try every night and get the Cavs to the best record in the league, even over the looming Golden State team. Conversely, Lebron could see the big picture and choose to rest his body for another shot at Golden State in the playoffs. Ultimately, I see Lebron as the big picture guy, however keyed in Lebron is bar none the best player in the league.

And looking at Lebron from the opposite coast is Kevin Durant. While I think there’s no chance Steph wins it, I do think he pulls some votes from Durant. So, there’s only one scenario where Durant has a shot. If he can lead Golden State to another record-breaking season (upper 70’s in wins) and average the numbers he did last season in Oklahoma City (28.2 ppg, 8.2 rpg, 5 apg) then I can see the voters being compelled to give it to him. Before the preseason, I didn’t know how likely this was. However,  after watching the flow and chemistry on the court already for the Warriors, I think it’s definitely on the table.

An underdog in terms of the betting odds, Harden is an intriguing option. Under the Mike D’Antoni offense, and running the point this season officially, Harden could have a monster year and bring the Rockets right along with him. Make no mistake, the Rockets won’t play any sort of defense, but they also might average 110 points per game. Harden could finish in the 30 ppg, 9 apg range and that would be enough if the Rockets get to a top seed in the West.

Westbrook is going to play like a man possessed. It’s in his wiring. So let’s look at the differences between last season with Durant and the 2014-15 season without Durant.

Now, obviously the points and PER were higher without Durant, and that may be enough to warrant the award. But I think Westbrook will need a better showing both in team record and teammate stats to pull it out. He does have a better supporting cast this season than a couple years ago, but Russell will still need to prove it.